Title: Daisy Jones and the Six

A gripping novel about the whirlwind rise of an iconic 1970s rock group and their beautiful lead singer, revealing the mystery behind their infamous breakup. Everyone knows Daisy Jones & The Six, but nobody knows the real reason why they split at the absolute height of their popularity… until now. Daisy is a girl coming of age in L.A. in the late sixties, sneaking into clubs on the Sunset Strip, sleeping with rock stars, and dreaming of singing at the Whiskey a Go-Go. The sex and drugs are thrilling, but it’s the rock and roll she loves most. By the time she’s twenty, her voice is getting noticed, and she has the kind of heedless beauty that makes people do crazy things. Another band getting noticed is The Six, led by the brooding Billy Dunne. On the Eve of their first tour, his girlfriend Camila finds out she is pregnant, and with the pressure of impending fatherhood and fame, Billy goes a little wild on the road. Daisy and Billy cross paths when a producer realizes the key to supercharged success is to put the two together. What happens next will become the stuff of legends.

I had been putting off reading this since it came out because I loved The Seven Husbands of Evelyn Hugo so much and didn’t want to be disappointed but thankfully I wasn’t. While Evelyn Hugo is the superior book in my eyes this was still a really good book and I’m glad I gave it a shot.

This story does such an amazing job of taking you back to the most iconic age of rock and roll. It’s written in documentary style telling the story of Daisy Jones and the Six, how their careers started off, what lead to them coming together to become one of the most successful bands of their time and what ultimately lead to their breakup, which has never been revealed to the public before now. I was a little unsure about the writing style of this when I first went into it but I ended up loving it. This story is has well rounded 3 dimensional characters, does really good job at depicting addiction and I’m kind of sad this isn’t an actual band as I would love to listen to their music.

Overall, I’m so glad I gave this book ago and gave it 4.5 stars.

Based on the true World War II story of the heroic librarians at the American Library in Paris, this is an unforgettable story of romance, friendship, family and the power of literature to bring us together, perfect for fans of The Lilac Girls and The Paper Wife. Paris 1939: young and ambitious Odile Souchet has it all: her handsome police officer beau and a dream job at the American Library in Pairs. When Nazis march into Paris, Odile stands to lose everything she holds dear, including her beloved library. Together with her fellow librarians, Odile joins the resistance with the best weapon she has: books. But when the war finally ends, instead of freedom, Odile tastes the bitter sting of unspeakable betrayal. Montana 1983: Lily is a lonely teenager looking for adventure in small-town Montana. Her interest is piqued by her solitary, elderly neighbor. As lily uncovers more about her neighbors mysterious past, she finds that they share a love of language, the same longings and the same intense jealousy, never suspecting that a dark secret from the past connects them.

If this book had just stuck with Odile POV I would have loved it, as it was so interesting to learn more about the American Library in Paris and the ways in which they resisted the Nazis and fought for their subscribers. However I was not very invested in Lilys side of the story and felt I was being pulled out of the book and losing interest every time we switched to her POV which I found to be really jarring.

Overall, I enjoyed part of this story and was bored for others and gave it 2.75 stars.

Title: Bi the Way: The Bisexual Guide to Life

Whether you are openly bisexual, still figuring things out or just interested in learning more about bisexuality, Bi the Way is your essential guide to understanding and embracing bisexuality. With first-hand accounts from bi advocates, it includes practical tips and guidance on topics including dating, sex, biphobia, bi-erasure, coming out, activism and gender identity, demystifying a community that is often erased or overlooked. Rallying, honest and powerfully written, this must-read book is a manifesto for bisexual people everywhere and will empower you to live your most authentic bisexual life.

This book is a really thorough look at the different aspects of what it can mean to be bi+. It covers a range of topics from coming out as bi, bi history and biphobia. One of the things I really enjoyed was that it includes many personal accounts from a wide range of people who identify under this label which really helped to make it feel authentic.

The only issue I had with this book was the discussion around pansexuality that can be harming to those who identify as pansexual and the author should have done more research before deciding that they had a right to discuss this.

Overall, I gave this 3 stars.

Have you read any of the above?? If so, what were your thoughts on them?? 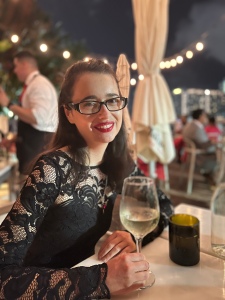 Hi, I’m Michaela a 24 year old avid reader. This blog is a space for me to shout about my love of books and met some amazing people in the process.

Join 784 other subscribers
Follow Journey into Books on WordPress.com