Everyone knows what happens in the end.
A mermaid, a prince, a true love’s kiss.
But before that young siren’s tale, there were three friends.
One feared, one royal, and one already dead

Ever since her best friend, Anna, drowned, Evie has been an outcast in her small fishing town. A freak. A curse. A witch.

A girl with an uncanny resemblance to Anna appears offshore and, though the girl denies it, Evie is convinced that her best friend actually survived. That her own magic wasn’t so powerless after all. And, as the two girls catch the eyes—and hearts—of two charming princes, Evie believes that she might finally have a chance at her own happily ever after.

But her new friend has secrets of her own. She can’t stay in Havnestad, or on two legs, unless Evie finds a way to help her. Now Evie will do anything to save her friend’s humanity, along with her prince’s heart—harnessing the power of her magic, her ocean, and her love until she discovers, too late, the truth of her bargain.

This book is a retelling of The Little Mermaid but with a twist that I really enjoyed.

This book follows the story of Evie who is best friends with the Prince of Havnestad however four years ago their other best friend Anne drowned. On the first day of their annual festival celebrating Udra, Goddess of the Sea, a girl looking exactly like Anne turns up however, Annemette is not what she seems and it is up to Evie to help Anne gain the love of the Prince by the end of the festival if she wants to keep her new friend.

I really enjoyed the characters in this. Evie is strong willed and willing to do anything to save her new friend. Annemette is mysterious and I loved finding out about her story and i also liked Nic though he kind of faded to the background around these to. My main complaint is that I wasn’t blown away by the romance.

This is a well written quick paced book with a twist at the end that I really loved and it gets better and better as you progress through it. I gave it 4 out of five stars.

Title: Song of the Faerie Prince (The Faerie Court Chronicles #3) 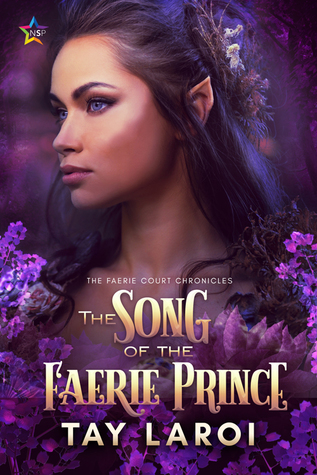 Sixteen-year-old Gia Johnson is comfortable in the background, but when dark magic looms over her town, her beautiful voice will put her in a spotlight she never imagined: the Seelie Court. To get out alive and save her childhood friend, she’ll have to trust Oliver O’Brian, a trans classmate and a Prince of Faerie, especially when an ancient evil rears its ugly head from the depths of Lake Michigan. All the while, Gia finds herself drawn to Oliver, but what does that mean if she’s always liked girls?

This is am enjoyable and quick read and one of the most diverse fantasy books I’ve ever read. When I requested this I was not aware that it was part of a series but this reads well as a standalone.

This follows the story of Gia who gets dragged into the world of Faerie after she accidently stumbles upon a secret that her classmate Oliver has been trying to keep, he is the Prince of Faerie. When an ancient enemy of Faerie returns and threatens the lives of their classmates Oliver and Gia must band together to save the fate of their town and maybe fall in love in the process.

While the plot felt a little superficial at times it was enjoyable and I really liked the characters especially Gia and Oliver. Gia struggles a lot with coming to terms with her sexuality which I can really relate to as a lot if the thoughts she had were ones I also experienced and she also struggles a lot with her weight and I really loved grow and start the journey to accepting herself even though she doesn’t fit nicely into specific boxes. I also liked Oliver journey and struggle of learning to fit into both the human world and the faerie world.

One of the things I loved most about this book is the diversity as Oliver is transgendered, Gia pansexual and biracial (white and black), her best friends Zoe is Korean and Miguel is Mexican. This is the first book I’ve read where one of the main characters were trans and while I can’t comment on the representation I really enjoyed how it was done.

Overall I enjoyed this though it was a little superficial at times and I gave it 3.5 out of 5 stars.